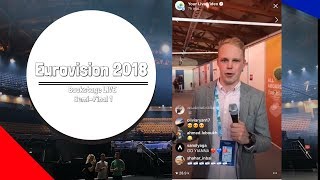 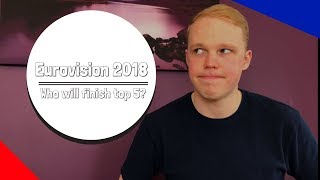 What went wrong for Italy at Eurovision in 2017?

Europe was in little doubt that it had discovered one of the all time greats when Francesco Gabbani emerged on to the world stage in February 2017. The winner of Festival de Sanremo, Italy's annual music festival which provided the basis for Eurovision itself. You could say that the Italian town of Sanremo is to Eurovision, as Athens is to the Olympic Games. Sacred.

The competition features only unreleased songs performed to orchestral accompaniment. Andrea Bocelli. Il Volo. Both acts the English speaking world would recognise without realising they made their names at this prestigious event. The event screams tradition; authenticity. Gabbani won in 2017 resulting in the right to represent Italy at the Eurovision Song Contest in Kiev.

However, not since Amaury Vassili represented France in 2011 had such a strong favourite prior to the competition fail so miserably in the final. Despite being absolute favourite to win, the French act sang in a less ambitious key compared to prior performances and ended up finishing 15th on the night. Comparatively, 6th place, as Italy finished in 2017, isn't that bad at all. In any other context, it would be a good showing. On the other hand, if Gabbani had not been failed by production values on stage in the Ukraine, he would have been the winner. Let's break down what went wrong by comparing his performances at Sanremo and the ESC Final.

The Introduction. A dark stage with FG in the spotlight. At Sanremo, no music, just his distinguished, husky voice. At ESC, the beginning of a backing track. Electronic notes. Too loud, too off-putting and take away from the beauty of the Shakespearean reference. Also at ESC, zooming shots. Tightening for 4 beats, followed by widening, followed by tightening. At Sanremo, static shots locked-off for 4 beats and switching between the mid-shot and close-up. A subtle difference, but I feel the static allows the song to breathe; the lyrics to register. The crash zoom at ESC only adds to the confusion. A far too dramatic move to opt for in the early part of this song.

The percussion begins and again, a subtle difference that made these two performances worlds apart. At Sanremo, live drums. At ESC, electronic drums which at times sound like a polyphonic ringtone from the early 00's. I realise that you must allow differentiation between the live feel of an orchestra which cannot be replicated at Eurovision, but surely the tinny sound of electronic instruments could have been avoided? The strings section, so poignant and apparent in performance at home was also not replicated in the backing track. Drowned out.

At the ESC, the backing vocalists are prominent. This isn't any addition to the performance in Sanremo, but the artists are revealed as an on-screen presence. I agree this was the right thing to do. Why shouldn't we see the live performers who can make the crucial difference to the sound of a record. Imagine being 'that' 6th performer in Robin Bengtsson's performance for Sweden who wasn't quite good enough to make it on to the ASOS fashion catwalk on a treadmill, and instead, offered their voice via a cubby hole off-stage. On the other hand, there is a point to which the additional singers can become a distraction. Their vocals: unbalanced. Their dance moves: unsynchronised. An over-rehearsed disconnect between performer and BV's.

I've briefly touched upon the difference in camera direction between the two performances. I can't overstate the impact this had. At Sanremo, the majority of shots switch between medium-close-ups and close-ups on FG. The tightening and widening of the shots are subtle with slight pans in rhythm with the music, most notable during the trademark dance move after the song-title in the chorus. At home, you feel like you are participating in the dance without having to move your arms, let alone get up off of the sofa.

The close-ups make the performance personal. You feel a connection. The wide, sweeping shots that reveal a vastly underused stage in a huge arena make the ESC performance feel like a wasted opportunity. The lack of two-shots bringing FG and his ape together on-screen makes the dance partner an irrelevant gimmick.

Occidentali's Karma should have been a run away winner for Italy. Instead, Portugal took their first Eurovision title in history, a beautiful performance with, ironically, simple staging and lots of close-up shots allowing the song to connect with viewers at home. The joy of Sanremo is that it will inevitably lead to a victory for Italy at Eurovision in the near future. The event's tradition brings a sweet antithesis to Sweden's Melodifestivalen. The Italians must however find a performance which translates directly from the 2,000 seat Teatro Ariston to the world stage via the Eurovision Song Contest before we are are able to say "complimenti Italia".